Life has been cracking me up a little bit lately.

First, my sister Alexa called to tell me our mother, who as been in a nursing home since a massive stroke a decade ago, found herself a boyfriend. It was the last thing I would ever have expected to hear about Mom. On top of that, he’s the resident bad boy.

For several weeks over the summer, Alexa was out of the country at a family wedding. In those few short weeks, Mom fell in love with another wheelchair bound man, snuck a cigarette with him inside the nursing home, met for movie time at unscheduled hours late at night, and has totally become like a sneaky teenaged girl. Alexa has one kid, and it’s a preteen boy. She started off the conversation by telling me my mother was out of control. It was hilarious. Mom eats her meals with him in the dining hall, and holds hands with him while they watch tv. Personally, I find the whole affair adorable, and surprisingly, hopeful. I have always wondered about Mom’s quality of life in a place like that. Now, I feel a bit better about it.

Rebekkah, my daughter, has found her stride at the University of Texas. Her best homie is a girl we’ll call Athena, and she wears a hijab. I had no idea what that was until today.

If you guys weren’t aware, Austin just loves its food trucks. You can’t throw a rock without hitting one around here, and they congregate en masse around UT. Athena, a Middle East native, chose to eat a falafel —  defined as a  deep-fried ball or patty made from ground chickpeas,fava beans, or both — and found it unauthentic and poorly textured. She and Rebekkah had a small discussion about the dissatisfying falafel, and the matter was quickly forgotten about …by Rebekkah. A few days later, though, Athena told Rebekkah that she had gone on Yelp and reviewed the Mediterranean Food Truck.

“I gave it 3 stars, ” she told Bek, going on to read her review aloud, ” ‘I ordered a falafel but the texture was all wrong. It’s supposed to be crunchy on the outside, moist on the inside. My friend ordered the <insert whatever weird food Bekkie told me she ate here>. She said it was good, but I doubt it.”

The harshness of the review surprised Rebekkah because, of course, people who wear hijabs aren’t harsh or leave Yelp reviews.

“Sometimes,” Athena said, ” I like to play the critic.”

Alexa went to Morocco over the summer. Turns out, she wasn’t prepared for the heat. She told me it gets to be 120 degrees over there, and there weren’t any air conditioners where she was. I won’t go into the many hilarious things she told me, except when she and her husband finally got to a hotel where there was air conditioning, she asked the front desk if they’d bring her a fan. We like the air to be moving around us.

When they finally arrived with her fan, this is what they brought her: 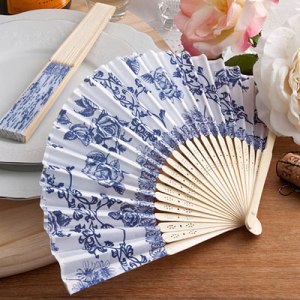 It’s been kind of fun around here lately.

Everything Else
Austin, Family, food trucks, hijab, nursing home romance, stereotypes, Texas, yelp reviews
← Homelessness in Austin
→ A Choice Between Schmucks Isn’t Much of a Choice

3 responses to “Nursing Home Romances and Critics Who Wear Hijabs”