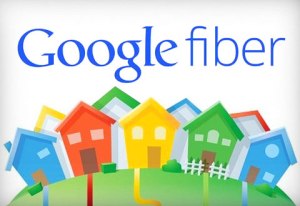 I’ve had some ups and downs this week.

First, the ups. Google Fiber finally went live for my area of Austin! Of course, Oliver and Sparrow ate the Fiber Box the first day we moved into my new apartment, along with my couch, so I had to wait a few extra days before it went live for me. But I must say — Google may possibly have the best customer service ever. I called them last week to explain about my dogs eating their fine piece of equipment. They scheduled me an appointment, showed up, and fixed as much as they could.

No one berated me for my dogs lack of manners, nor did they charge me for the visit. Turns out, the dogs hadn’t stopped with the 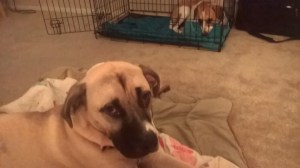 mere outside of the connection – they had eaten the fiber cable like a strand of spaghetti. It would seem that fixing fiber cable isn’t as simple as the standard thick rope like cable I’m used to, so a specialist was needed. My specialist was named Eric, and he went above and beyond. He was due to come by today, but after he was able to finish up another person’s order in my complex, he called me to see if I was okay with him coming by a day early.

To fix fiber optic cable, several devices are need to line up microscopic glass tubes of light together, fuse them, and melt a protective outer core around the diamond cut ends. It.Was.Awesome. Within an hour, my internet was zooming around at the speed of light. Thank you, Google!

Now, the downs. I bought a car at the auction. It was a ’97 Honda CRV. Auctions are a gambling shoot, and I lost big time. My mechanic says it’s going to take $7000 to fix up this bad

boy. I’m not really sure what I’m going to do about it just yet. But thankfully, I work for the transit system here, which I ride for free, and I live 3 miles away from work. I’m okay a little longer without wheels. Dad called me yesterday, more upset about this than I was, and has decided he’s tired of messing around with all of this. So, Saturday he is taking me to buy me a car.

All in all, I’m still doing good these days. I’m happy. 🙂

One thought on “Lemons & Fiber Optics”