A Heavenly Plunger For My Toilet Bowl Life 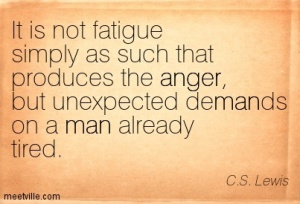 For the last few months, I’ve felt …. strange. I’ve often felt rather stuck in my life since my marriage ended, but not like lately. I try to date, and they fall way short, and die before they even had a chance. I loved my job, then I didn’t. I made so many acquaintances, but only a few real friends. I have felt like I was waiting for something, though I didn’t really know what. And while doing so, I’ve been sleepwalking through my life, not completely asleep and not completely awake.

About a week ago, though, I seemed to suddenly wake up. Hazy situations snapped clearly in focus in a single split second, and I was surprised at how long I let things happen without confronting and resolving them. I bristled under burdens I seemed to have long accepted as things I had no choice about. It has always been unlike me to be bullied in any way, but I allowed someone to do that to me for a really long time. Not because I was intimidated or afraid of her. I don’t scare easily. No.  I let her do it because I sincerely didn’t care what she was doing or saying about me. As long as I could prove her nonsense wasn’t true, I figured she’d get tired of being deceitful and manipulative, and focus her attentions elsewhere. Her behavior always ended up making her look bad, not me. And surely the boss… the owner…. she was taking her twisted stories to would finally note, not a single one of her allegations ever had been proven completely honest and straightforward. She always added a horrible little twist to things, and though never once proven accurate, I found myself often defending myself, annoyed at how my boss could not see how unlikely the latest nonsense was, if anyone knew me even a little bit.

I am honest. I am hardworking. I avoid gossip or judgement. I’m rarely in any sort of clique, and I take no pleasure in making anyone look inept, stupid, or otherwise. That left very little for her to focus on, which meant she resorted to lies. The final straw…. the one that awoke me from my slumber… was yet another thinly disguised accusation that involved my own personal social media accounts.My boss and I had a productive discussion, the bully was removed from exercising authority over me, and I was given the freedom to speak more honestly when I disagreed with something. I guess that was easier said than done, and less than a week later, things were exactly the way they were before.

I don’t really know how to explain how I know the Lord is involved, or even if you would think He is at all. Unlikely sets of incidences, all happening to my kids, Chef, and me at different times in different parts of our lives, converging at a single decision, though, is one I’ve begun to recognize as a pretty good indicator He has something else in mind for us. 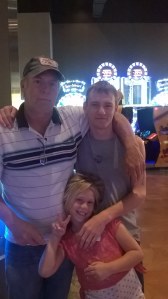 Yesterday, Rebekkah read her childhood journals. It was an odd thing for her to do. I won’t go too much into her personal stuff, but suffice it to say, it seemed like the Lord was reminding her of something she had asked for repeatedly over the years. Dj’s health has been steadily declining since returning home from Missouri, largely because we don’t make enough money for healthy food, and never enough for meat. Last week, we finally had to admit, he needed to return to Missouri. His father (Driver) has diabetes as well, but makes a nice living, can afford healthy food, and best of all, got him a good paying job. It made us sad, but it was better for DJ. The plan was he was leaving Saturday.

Yesterday, I got up, got ready for work, and just before I was about to leave, I got an email from work. I don’t want to go into specifics because this is my side of the story, and they would certainly have their own side, but let’s just say, I felt like the talk that was supposed to resolve this hostile situation wasn’t going to stick. Unlike all the times this last year I just sucked it up and decided to go with the flow, an anger welled up in me like any I’ve rarely ever experienced.

And if you’ve been around awhile, you know that had to be ONE BIG anger ball. I suddenly was angry for not being paid what I was told I would be, and for not being able to afford food AND a roof over my head. I was angry that a Christian reminded me that they had done all these things to help me, and that somehow I owed being hungry, broke, and harassed because of the little they had done for me. I was angry at vacation plans I would hear around me, carelessly reminding me that some people were making enough money, or what new restaurant was on their radar for that evening.  I was livid at all the unpaid hours I poured into making them successful because I believed we were helping people. I was pissed because they didn’t appreciate how hard I tried to give back good things for them, or how hard I tried to find untapped resources to keep expenses down. They insisted I owed them more, and there simply was nothing more I could give.

They turned out to be like everyone else. I can’t even be angry at them, They didn’t tell me they were anything they weren’t. I just assumed. This is, sadly, another case of me seeing what I wanted to see.

The anger made me feel physically ill. I wanted nothing more than to go in like a hurricane, call people out on their shit like a self-righteous asshole, and make them all  feel as low as I 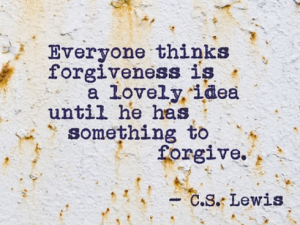 did. Instead, I just called in sick.

This morning, when I woke up, I realized I had been dreaming. I rarely, rarely ever remember my dreams, or even that I have them at all. But last night, I dreamed that I was given a raise to $19.19/hour. What is the strange thing about this is, even though this sum is a much, much larger amount of money than I earn now, I felt unhappy at getting it. I felt trapped into staying here at this company in Tulsa, Oklahoma. I woke up upset.

Again, I got dressed for work. I was actually driving when, at a stop sign, I heard another notification. Though I never check emails at stop signs, I did this morning. In a blink of an eye, all of this was over. The closer I got to work, the more physically ill I felt. I finally turned my car around, sent a message to my supervisor, and instantly, all of my plans changed. I walked away from all of it, just like that. I handed over passwords, cried through a few phone calls, and called my father. It’s over. 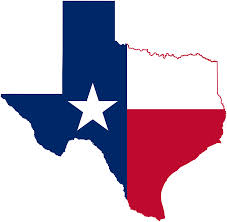 After we each panicked to a satisfying degree, we gathered in my bedroom, and we began to sort through all of this, to see if we could find a hint of what just happened. Each of us brought our own evidence that this was divine intervention into our lives. It is both thrilling as well as scary to see things fall so utterly to ruin that you have no choice but to jump off the cliff of uncertainty. Clearly, today, things changed.

Tomorrow morning, we each are heading away from the state of Oklahoma. I’m leaving behind a life I’ve built here, and trying to forge a new one in Texas. I know I’m in God’s will because there simply wasn’t another path to choose. I have to find homes for my dogs which along with leaving Chef here, is killing me. But I’m excited to see what the future has in store for me.

Like a great big heavenly plunger, the obstacles in my life have been sucked clear, and my life is once again flowing. 🙂 How’s that for an analogy? 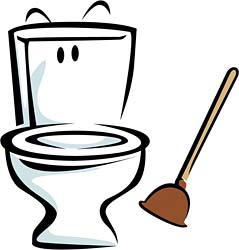 4 responses to “A Heavenly Plunger For My Toilet Bowl Life”