Another Message, Written In Blood and Tears

You can’t turn on a television or radio without hearing all the debates that have been stirred up by the South Carolina church killings, and how this tragedy can be used to promote certain agendas. For the most part, the American public is truly mourning the loss of more lives so senselessly. But then there is the small percentage of people who have a certain manic glee in their voices, each feverish voice shouting over the others….gun control, confederate flags, rampant racism…. anything that can minutely be worked into the fabric of this horrific act. Our media parrots the loudest voices, and quarrels between opposing opinions fill the air waves, bombarding us from speakers everywhere — in our homes, cars, stores, at work, at the mall. Sometimes, it scares me how hard it has become to not have to listen to something. Even my cell phone will blare out an obnoxious alarm, completely ignoring any of my settings, when it feels the news is important enough.

I hate to listen to debates that are useless. But when we shake all the gun-control champions’ cages, the ensuing frenzy is just absolutely appalling to me. Impractical; Expensive; Unproven. Un-Constitutional & Un-American.

We can’t even get our law officers to not use their guns on the people they are supposedly here to protect and serve; nor can

they get the criminals to stop using their guns to commit crimes. We have differing laws from this place to that, licensing, training; Where you can hide a gun; Where you can’t. Where you can wear it for the world to see; where you must never let anyone see your gun. And don’t get me started on cops and what they have been doing with their guns lately!!

Rules, rules, rules. Haven’t we learned by now, rules alone are useless? Even with the power to force us to follow them, they still only work sometimes. America has a retarded-ly high number of prison inmates, and it is not because we are a nation of criminals. It’s because we have this massive amount of rules we are ordered by law to follow. A cop recently told us, there are so many traffic laws, a police officer can easily find one being broken, and thus can pull over anyone they want without fear of reprisal. Yeah. Makes you feel all warm and fuzzy, doesn’t it? What is the saying? Ignorance of the law is no excuse. Well, our government counts on our ignorance. That way, they have unfettered freedom to twist the truth, downright lie to or about, steal from,  or simply just bully anyone they feel like it.

I am a person who believes that only the people who were never inclined to shoot anyone will be the ones who hand over their weapons to this out of control government and it’s trickling down law enforcement agencies, and the rest of us who don’t trust those in authority over us enough to comply will be hunted and persecuted by them until we are rendered no longer a threat….. Not a threat to anyone or anything around us. A threat to plans those tainted by too much power have in mind.  Frankly, I just trust the drug fiend in the alley with a gun and a very clear goal more than I do those with too much authority and power. Their mouths dribble out nonsense, and their motivations are always murky and self-serving.

Guns are everywhere now. There will not be any going back to day one, and making them illegal. That ship has sailed. No amount of new laws, licensing, or punishments are going to make mentally troubled people unable to hurt innocent people if that is what they are so inclined to do.

Guns are woven into the very fabric of our country, and this was done for a reason. Our forefathers knew, eventually, the government most likely would need to be reminded from time to time that their constituents weren’t a bunch of sitting ducks with no way to protect themselves. We have the right to bear arms, and it is foolishness to join into the debate that would try to take them away from us. Don’t get me wrong. I’m not a die-hard NRA card carrying fanatic about guns. But it bothers me that our government was able to violate any of our civil rights if we disagree with them a little too publicly by calling us terrorists, and essentially stripping us of all our rights as American citizens. That is a very, very troubling.

It bothers me that the media, often the mouthpiece of those in authority over us, never misses a chance to drive Jane and Joe Public towards embracing ideals that take away any chance to defend the liberties and pursuits of happiness we were granted by our Constitution. But the most depressing part of all of this is how easily people can be convinced to live on their knees, so sure

that this safe kind of life is preferable than the one where we die on our feet. To me, that simply doesn’t seem at all the American characteristic that brought us all to this land in the first place.

To everyone who would argue gun control, I say only this; Until we are able to control everything about a life in order to guide it from being biologically, environmentally, or emotionally wounded, it won’t matter what gun control laws are in place..We will have those broken people crying out their own messages using the blood of the innocent and the tears of those who loved them. These people have painted us a message using blood, tears, and pain; who the hell cares what kind of paintbrush was used? Would anything really be changed by outlawing paintbrushes???

Whether they use guns or knives or bombs, their writing utensil remains less important than the message they are trying to convey. 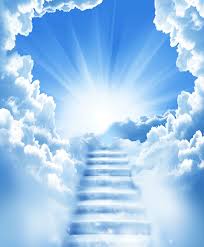 This scripture comforts me, especially when it comes to the recent church killing:

He enters into peace;
They rest in their beds,
Each one who walked in his upright way.~ Isaiah 57:1-2

This nonsense is over for them, but it isn’t for us yet. I don’t ask that you change your mind about guns or government. I only encourage you to follow Jesus’s instruction:
“Behold, I send you out as sheep in the midst of wolves; so be shrewd as serpents and innocent as doves. Matthew 10:16

5 responses to “Another Message, Written In Blood and Tears”