Sometimes, it is just plain depressing to watch the news. With the exception of the Bandido thing (appalling, but relevant), and the surprising twist of fate for my cyber stalker (not appalling, still relevant) , I find the direction of the news stream just weird.

What the hell is going on with this stupid Caitlyn Jenner story?!

Let’s put aside the fact that this is all so very twisted when it comes to nature and God. Simple logic dictates that nothing that mimics the real thing will ever be better than the original. Men can get all the surgery they want to look like women, or women can do the same to look like men, but the genetic material will remain the same as when they were born. People have been trading genders for decades now. Why is this news? I understand Jenner is famous, but seriously. This is getting old.

Despite being a Christian, these types of situations don’t inspire me to apocalyptic levels of prophetic outrage, nor do I feel repulsed by the people who have chosen this route for themselves. I understand how easily it is to veer off the path ever so slightly, only to find out later you are hundreds and hundreds of miles off course. Maybe I am over-simplifying this, but I can’t imagine anyone setting themselves up for such harsh judgments and ridicule that accompanies changing genders, or being gay, or sexually different in any way,  just on a whim. Something has gone wrong, whether physically or emotionally, and as such, I believe our first reaction should not be hatred, repulsion, or rejection, but sympathy, mercy, and kindness. We’re told to hate the sin, not the sinner, and I strongly believe that. Especially when it comes to this types of sexual struggles. God doesn’t hate this sin more. He has two speeds – love and hate. He loves us; He hates sin. All sin. There is no ranking sins. The ranking of what sins God hates more comes from our human perspective of reaping what we sow. We assume that God hates murder more than lying. This would seem logical, since murdering someone can put us in prison for life while a lie’s fallout usually isn’t nearly as extreme. But we are wrong. God hates sin. Period. There is NO ranking system. The misunderstanding lies where the bible seems to say that sexual sins are worse. They are, but only because sexual sins happen to damage people more extensively, effecting the very foundations of their identity and self-worth, here on earth. God still loves them, same as the rest of us. He is no more repulsed by their sins than ours. They aren’t too disgusting in their sins that God can’t love them too, and I am hardily sick of hearing the tired old religious take on this subject. If you truly understand the nature of God, this is not a hard concept to understand. It is just a very unpopular one throughout churches everywhere. Homosexuality is a sin; I don’t agree with it. Homosexuality is a sin; it is neither more nor less despicable in God’s eyes than mine. We pretty much all suck, equally.

But there is something even more disturbing about all of this drama to me. It’s the loud voices of the people who are saying, “Look at me! See me not judging and hating! Aren’t I holy?” There is no winning in things like this. 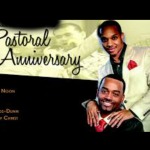 I hate situations like this, where the spotlight searches out the absolute worst representatives of the Christian faith to shine on their ignorance.

Where do they dig these winners up?!! A bunch of self-righteous zealots harping on the end of the world drawing nigh is always a good way to stir people up, both for and against. The Christians who actually know the bible get up in arms for being categorized with the wing nuts, the liberals decry the literal interpretation of the bible and its message of hate, the gays take offense at the Christians taking offense, and who wins? The media. They were able to stir up a shit storm, and nothing makes them happier than everyone bickering with each other. At some point, we need to refuse to play this game for the entertainment of others.

My thoughts about this story are pretty straightforward. The thing about Jenner is, he knew his choices would be covered by the media. He is obviously more interesting than the Kardashians and their reality show, and since that is still going strong, the mystery of what people find entertaining remains unsolved…. Anyways, he also knew that some people would support him while others would reject him. None of this can be news to him. Maybe the attention was part of the draw.  But he is the captain of his own ship, and when the wind stops blowing this ridiculous news story around, he will once again find himself alone with his decisions. I don’t pretend to know if he will be happy with them or not, but I do know, it’s between him and God. It is really none of our business. So for the love of God, can we please stop talking about it?! I wish him the best; I won’t be watching for God’s wrathful judgment to strike him from the sky. I simply understand God better than that, and I know when my input in not wanted. God’s got this.

I will not be calling him Caitlyn, as that is my daughter’s name, chosen by me because it was beautiful and meaningful like the child I gave it to, and 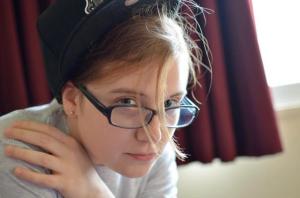 The Real Deal – My Caitlyn

he will continue to be referred to in my mind as Bruce Jenner, a “he” and not a “she”. The good news is, I doubt I will find myself having to refer to him at all again, as this story is not real news to me, and this is as much attention as I plan to give it.

People. Please find something else to talk about.