The Tribulation: Why I Am Not Building a Compound

Power. Authority. Responsibility. All of these things are connected, and they are some of the first lessons we learn as children, though so many of us never realize just how clearly our lives will be constantly impacted by those lessons until the day we die.

I have met so many people in my life, from differing walks of life, with different priorities, values, hopes, and fears. Yet the one common thread we all share in our lives is we are ruled by our subconscious understanding of the power we either have or lack in our own lives, the amount other people in our lives wield over us, and what responsibilities this invisible force has saddled us and them with.

When power corrupts, as it inevitably does, the authority over us begins to benefit those with the power at our expense, and the responsibilities towards those under that authority begin to get lost, twisted, or forgotten.

Power always corrupts the person with it, and a wise person would avoid allowing too much of it into his or her own lives, and for only short amounts 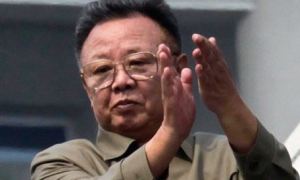 of time. The very minute a man or woman believes this principle does not apply to them, they have already begun to decline under the taint of that power.

None of us are immune, because at each of our very core, we are motivated by selfishness, and when mixed with power, the decline is simply inevitable. Our fall from grace was universal save One, and that seed of self grows hardily when growing in the vicinity of power. The more absolute the power, the quicker that selfishness becomes involved in decisions, and eventually, with enough time, it takes over all motivations. Put simply, power makes more of what we want for ourselves available to us.

History is crammed full of egotistical, narcissistic leaders clearly uninterested in anything other than themselves, and those who suffered beneath them. Where there was a tyrant, there was always a rebel too.

All throughout history, there were those people who chose to rebel, either by sword or by pen, but universally, these rebels were punished mercilessly for this resistance if caught. They were often tortured, imprisoned for life, or murdered, and sometimes even their families and friends suffered as well. Yet, a human being eventually always found that resistance, though probably futile, and most likely, fatal, was their only choice.

I am a rebel, though it has made me unpopular with numerous school authorities, A.B.L.E., a few supervisors of places I’ve worked, and our legal system as a whole. The same could be said about my daughter Rebekkah, and I have watched her take the hard line against rules she disagrees with many times over the years. It simply never occurs to her to do the easy thing by just giving them what they want. To her, with much power comes much responsibility, and she dares to question motives that are clearly self-serving.

This morning, I was thinking about the end times, the rapture, and those believers I know who are busy creating compounds, or collecting unaltered

seeds to plant, or stocking basements full of canned goods and weapons in preparation for the return of the Lord.

I was struck by how shocked some of these same prophecy-focused people get when I speak out against decisions made by our government, or point out the flagrant differences in what those in power can get away with and what those of us with no power can. I handled my daughter’s arrest like I always do…with some humor, a little anxiousness, and some amount of pride in having a child willing to stand up to authority that is being abused. She never wins, but she keeps trying. I can’t help but admire that.

Police officers are killing those they were supposedly hired to serve and protect alarmingly regularly these days. They are investigated by their own, dismissed by their own, and the arrogant way the rest of us are informed of their decisions shows a huge lack of respect that goes both ways. And yet, the voices of those who question the obviously retarded judicial system are met with many more who believe the fairy tale that all cops are above reproach and their lives must be guarded above those of us they are to govern. I’m shocked at how easily people are convinced that one human being’s life is more valuable than another’s by virtue of a job title.

Now, law enforcement is a must for any society, and I am not advocating anarchy. But there is something wrong when so many people are being killed by them, and when the stories that cameras are telling don’t match the stories coming from the shooters. In between these events, we are bombarded with news of police officers taking bribes, sexually abusing women and children, dealing drugs, running prostitution rings, lying on court records, stealing from people they are investigating, and no end to other crimes against their communities. The boldness in the types of crimes so commonly performed by law enforcement has a particular stench to it. The stench of power gone sour.

It’s us and them, and the tension is almost palatable. Police officers are jumpy and distrustful these days, and with good reason. So many of them

have become desensitized by dealing with the criminal elements of mankind, and the gulf between those who serve and those they serve is very deep and very wide. And it’s getter even wider. Power has corrupted and the rebels have begun to object. It is the natural order of things, and I’m amazed at how so many people seem surprised by all of this.

In case after case of fatal police shootings, I hear a few of these apocalypse-preppers appalled at the reactions of frustrated people in these communities, parroting what journalists and critics are saying about people using this unfortunate event to steal stuff and play with fire. Really? I hear the formally accepted viewpoint spewing from people in lines at the stores, at restaurant tables, and in offices all across the country. A carefully prepared explanation for poor decisions made by people who shouldn’t be allowed to make these kinds of poor decisions and remain in authority. Only lies have to be crafted carefully.

More than once, I’ve heard American citizens express the opinion that our own military be brought in to crush riots and rebellion. I find that a dangerous opinion and one probably not well thought out. These people are the good citizens, who live by the rules, and more importantly, have the money to remain within those rules. The occasions to interact with a police officer are few and far between, and the idea that people can and are being mistreated by them just doesn’t seem plausible. It is easier to believe that if the police shot and killed someone, that guy did something to deserve it. This, to me, is just plain dangerous thinking. That thinking benefits those in power only, and that should be a warning sign that we are being lulled to sleep.

Thankfully, on the other side of the spectrum, there are those who question everything. They are the necessary voice of rebellion, questioning motives, decisions, and pointing attention to consequences that people have been conditioned into ignoring. They protest everything from the ridiculous fee we are charged so our kids can set up a freaking lemonade stand in a quiet neighborhood, to the obvious fleecing of our most impoverished citizens.

Let’s really look at the motivations going on around Tulsa, Oklahoma these days.

Cops rarely pull over expensive cars, or routinely patrol nicer areas of Tulsa. They congregate where those drivers who can barely afford gasoline, much less a lawyer, commute.

Because the odds a citizen with no money, evidenced by the junked out car he’s driving out of the Northside ghetto neighborhood, will fight a ticket are really, really low, while the chances of catching an expired sticker … an instant $300, baby!!…are much higher. And if he doesn’t have insurance, then you’ve just doubled that amount. It isn’t about

These drivers are the people who don’t run in the same circles as the judges, senators, or town leaders, and a golf game isn’t going to get them out of paying fines, fees, and interest. Each one of them pulled over these days, will find themselves embroiled in a shocking web of financial shit no one but the poor would endure. Amounts will change, grow, and explanations will not be forthcoming. And for those who simply aren’t able to pay, a jail cell awaits until they figure out a way to cough it up. It is a modern day debtor’s prison, completely unconstitutional, and yet glaringly ignored by those with the power to change it.

If the ability of the greater to see through the eyes of the weaker is truly the measure of greatness, then I’m not finding much greatness in Tulsa these days.

I say all of this only to point out, be careful about being lulled into a kind of sleep when it comes to judging the actions of those in authority over you. Don’t allow yourself to be conditioned into reacting the way those in power at this moment in time would have you react instead of seeing the truth and pointing it out to others. And for the Christians anxiously preparing for the end times, I would ask you one question. What good is all of the water, oil, guns, and compound walls when you have already been conditioned by the enemy to see your enemy as your brother and your brother as the enemy?

I have a feeling if we have problems speaking up when a sheriff lies about the reason he pulled us over, or sit silently while a judge publicly derides a citizen in her court over the right to request a lawyer to represent her interests, we aren’t going to handle guillotines cutting off our heads and marks of the beast much better.  Guarding your mind and your heart are infinitely more important than guarding your food and water supplies in the last days.

I think it was no accident that Jesus used the parable of the servants keeping their lamps trimmed with oil for when the Brides-groom should return.

Lamps only shed light for those of us who are not blind. It is worth a few minutes to make sure your eyes are able to see all that is going on around you, and prepare yourself for more than physical hardships that will accompany His Return.

I don’t worry too much about stockpiling food and weapons, or building a compound to ride out the tribulation in. People like Rebekkah and me will be struck down early in this struggle, because we are unable to rest easy under the yoke of this world, and our willingness to voice our concerns despite the repercussions has now been well documented.

And frankly, that’s fine by me. 🙂 I want to have died with my boots on.

6 responses to “The Tribulation: Why I Am Not Building a Compound”