Kmart: Even Their Lies Are Second Rate 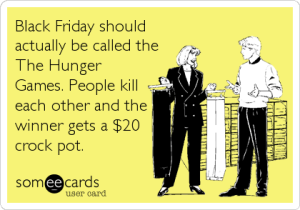 I don’t know how other people handle stress, but when I find myself intentionally shunning any knowledge of current events, I know that I’m at my maximum level of stress I can handle. That’s how I’ve been dealing with stuff lately…purposely sheltering myself from knowing anything else that can bother me.

This method, of course, has a few design flaws. First, I work with other people, some of them complete news hounds, who like to discuss current events among themselves. Second, I live with a daughter who is fixated on Israel, ISIS, and what part Islam will play in biblical prophecy. Still, I’ve been amazingly resourceful in remaining uninformed….until yesterday afternoon.

I guess one can’t hide forever, and by pure coincidence, I stumbled upon a story about Kmart that just flat out summed up the ridiculously shallow set of standards our country now finds acceptable. Here’s the news link: Kmart: Volunteer To Work on Thanksgiving, or Get Fired.

The title pretty much says it all. Kmart, in a stroke of truly mediocre financial planning, decided to remain open for the 48 hours prior to Black

Friday, which of course, includes Thanksgiving. I guess in an effort to not look like complete money-grubbing whores, Kmart told the press that all the employees that will be working on Thanksgiving were volunteers.

Even when many, many of their employee’s refuted the claim, Kmart doggedly stuck by its original lie — no one working had been mandated to do so. Yet, many of their employees were told the shifts on the holiday were mandatory and to not show up would be handled in a disciplinary manner, up to being terminated. You can’t threaten people with losing their jobs, and then turn around and call it volunteering.

As disappointing as this story is, it wasn’t enough to really make much of a blip on my radar….until I read the comments. All I can say is, wow.

I read some comments from unsympathetic people who gave this sort of wisdom:

“They should just be thankful they have a job” 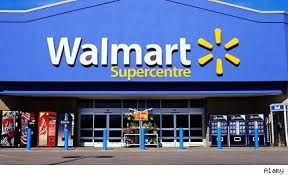 Now, on the surface, these comments have some validity. Yes, anyone who works retail knows they will most likely end up working on holidays. Yes, many people are unemployed, and a job that takes away Thanksgiving is still better than no job at all. Yes, maybe an education in something else might have offered up a better benefits package. But the appalling thing for me is, KMART IS LYING TO THE PRESS TO COVER THEIR VERY MONEY-MOTIVATED DECISION TO BE OPEN ON A MAJOR HOLIDAY. The comments were amazingly silent about another retail dynasty bald-faced lying to us.

To me, this screams the question, why? Why have we stopped expecting our large companies to treat their employees like people and not like chattel? When did we stop demanding the truth, the whole truth, and nothing but the truth, from our big money-makers? And when did we stop feeling completely insulted by being fed the most pathetically obvious lies ever? This is worse than “I didn’t inhale” and “I never had sexual intercourse with that woman”!! I hate being treated like I’m simple-minded. If you are going to lie, lie better.

Anyone who has ever bought clothes from Kmart can attest, they are the poorest quality, and never last very long. I see their lies must be designed by the same people. Poorly sewn and unable to hold up to the slightest wear-and-tear.

This day and age, we know these megastores are all about the almighty buck, and it literally nauseates me to think of Walmart’s employees 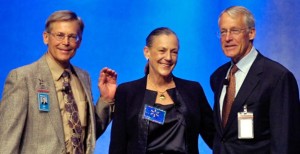 supplementing their wages with food stamps, or Kmart employees forced to “volunteer” to help Kmart make a couple extra dollars or find somewhere else to work. The people who benefit from Walmart’s poverty level wages and Kmart’s holiday blackmail aren’t going to be working on Thanksgiving, being the hypocrites we’ve come to find in every high level of management. I imagine their lies being so easily found out should tell us all just how little thought went into fashioning this deceit. The truth is, the upper echelon of corporate America is completely disconnected from the rest of us at the bottom working so hard for so little. They believe they are the elite, the winners, the cream of the crop, and the poorly crafted lies that might bleed into public knowledge don’t really keep them up at night. Other fat cats won’t care, and the rest of us have no sense of power to change anything.

I, for one, won’t be darkening Kmart’s door ever again. I can respect a press release that says they need to stay open to be competitive; I can’t respect lying to try to pseudo-cover their own asses by trying not to look like they had chosen to make a little more money at the expense of the people who work hard all the other days of the year to make them successful.

And I know, I know. If shoppers didn’t stampede each other this time every year, they wouldn’t be inclined to do this. I have never, ever been one of those shoppers, so I guess it is easy to sit in judgement. Let me share a little bit of my wisdom.

For those who just can’t help themselves, I offer up 1 word.

Amazon.com – The “no stampedes, shop in your pajamas, guaranteed delivery overnight, competitive pricing, and in some states, no sales tax” way to school top-heavy, elitist present day slave owners.

12 responses to “Kmart: Even Their Lies Are Second Rate”