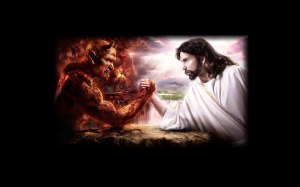 As I mentioned in my last post, Living the Successful Footnote Kind of Life, I have been breaking out in hives, which in my existence, is the signal my body sends up that I am not handling stress well. As promised, here is the second thing I am going to deal with. Forgiveness.

This part is going to be tricky. One of the unexpected problems with writing so openly about personal stuff on a public blog is knowing how much detail I can use before it crosses from being just my story, and instead, becomes a great big, embarrassing tattle-tale on someone else. This post is about an internal struggle I am having, and not about pointing out someone else’s actions.

Forgiveness is one of the cornerstones of Christianity. If you can’t forgive, you can’t be saved. The ability one has to show forgiveness to another person shows on some level there is an understanding of how much Jesus has forgiven so much in your own life, and we are not asked to forgive. We are commanded to do so. It’s Christianity 101, and even the brand new baby followers are expected to forgive as they have been forgiven.

Any person who holds to an expectation that the debts owed to him by fellow human beings somehow outweigh the ones Jesus paid for on the cross in his own life, will find his life riddled with problems arising from each and every one of those situations, as is shown by Jesus’ story about the slave. The king had graciously forgiven a great debt owed to him by a slave, and yet, the forgiven slave could not forgive a smaller debt owed to him by a fellow slave. You could say, the slave refused to pay it forward. Matthew 18: 23-35.  By being a complete asshole to the fellow slave, he quickly found himself facing the justice of the King, and not the mercy. A point to remember in this story is that none of it had to do with justice; the slave incurred his debt as did the fellow slave who owed him. Justice would dictate every debt being paid back in full. The king showed his inclination towards mercy first, and only justice when mercy is rejected. Never wish people get what they deserve; you might get what you deserve, instead.

I have no lack of understanding to fall back on when it comes to the precepts and principles of Christianity, and yet, I have found myself holding on to a few things that I have been hurt by, letting them collect and simmer in the back of my mind.

A. The Importance Money Plays In A Person’s Value

The last place I worked, I found myself having to deal with two people who clearly judged others by bank account size. I have never had this problem before, so witnessing it was like not being able to look away from a horrible car accident, but being judged by it is just plain humiliating. The danger, though, is subtle. If you aren’t careful, it is easy to begin to believe you are inferior simply by repeated exposure to people who make you feel this way.

At the time I came to work for these people, my marriage was already sinking in an ocean of drugs, pornography, and shock. Within weeks, I walked out. I was freshly separated, emotionally on edge, and financial struggling. Most normal people would cut a person like me a break. Not one particular coworker though.  She would be “gracious” and “concerned” to my face if people were watching, but she would turn around and say the most vicious things behind my back minutes later, and I can’t even tell you how many lies she made completely up about me. It was crazy. What has caused me some problems forgiving all of this is how the owner, my boss, handled these abusive behaviors by one coworker towards another one.

He measured our worth, and backed the one who made him more money.

How’s that for knowing just how insignificant your boss considers all of your hard work?

The owner, shackled by his fear that this Class Act might quit and take the three clients she supposedly brought to the company, would show his own lack of moral fiber by refusing to allow me any chance whatsoever to refute her many insane allegations. In the two years I was employed there, I watched this seemingly nice guy devolve into an arrogant prick, convinced that his money should be enough to silence differing opinions, and honesty can be chosen from a menu. Nothing about the reality of who he was matched what he hoped people thought he was. He boasted often about his charitable giving, and gave mouth service to his devout love of God, but when he dealt with me without an audience to admire him, he was arrogant, high-handed, and dismissive. At some point, I began to agree with his wicked and callous judgements on some level, and I can only shudder to think what just a little more time in that atmosphere might have done to my self-esteem.

As I began coming out of the fog of betrayal, though, I began to bristle at being treated like trash. This must have surprised him, and he would get itchy, nervous, and weird whenever I was around. Finally,  his pathetic reaction to me starting to defend myself was to insist I never speak directly to him, but instead, give any communications for him to Kandace, my supervisor/friend, and she would relay the message to him.

Not long after that, I was laid off. In the most condescending of tones, he told me I could keep my laptop and printer. When I told him I’d rather have an exit interview, he started stuttering incoherently, then hung up.

Amidst all these blatant lies and unjust accusations, I never once was allowed to defend myself against any of it:  but even worse, I had started to believe I really was worth less than people who had more money. It had seeped in softly, and that part I have found harder to let go of.

A person who uses a position of authority to cause hardship on someone who can’t fight back is the lowest form of life, and the putrid stink that permeates an arrogant soul can’t be washed off with all the money in the world.

It’s time to lay this one to rest.

I can forgive this one easily. Typed out, it all looks kind of pathetic and sad anyways. That time is over, and those things no longer happen.

My truck’s fuel pump went out, and because money has been so tight, I agreed to let the brother of someone I work with fix it for half the amount the mechanic would have charged.

Yes. I acknowledge, I’m a dumbass.

Long story short, I lost a lot of money, had to pay twice the original amount estimated, and the truck “mysteriously” had quite a bit of damage that wasn’t there before,  like a considerable amount of dirt in the gas tank, wires completely cut from the engine, hoses cut repeatedly in order to render them useless, broken side mirrors…the list goes on and on. You get the idea.

Now, despite all those devil’s advocates out there, the court actually doesn’t require the same amount of proof in civil cases as criminal cases, and I have accumulated enough written and photo evidence to paint a pretty clear, completely apalling, picture of what went on with my truck when I asked for my money back. When the mechanic began telling me in detail each malicious act done to my only vehicle, the anger shot through me like a volcano, and I felt so stupid for believing someone was trying to help me, when instead, they were “rolling” me. (Using different reasons/excuses to get all of your money, then treating you like trash when they are finished).

For a couple of days, I bounced back and forth about whether or not taking them to court and trying to recoup some of my money back was the right thing for me to do. I wrote a demand letter, filled out the small claims court paperwork, and collected all my evidence together in an organized, hopefully convincing argument. The coworker ignored my request for my money back and the official demand for money, which made me feel even more stupid.

The thing about small claims court is this: the damage to my pride is what is causing most of the anger here, and money won’t fix that. The brutal truth in all of this is that none of it impacts the command to forgive,  in any way. Jesus didn’t tell me to forgive only inexpensive stuff, nor did a person’s intent come into play either. He just told me to forgive, and if going to court to recoup my money is in any way motivated by my want for them to get what I think they clearly deserve, then I am making a choice to wreak my own revenge, and that is not forgiveness. This family is the only people poorer than I am at the moment, and always beset with crisis after crisis after crisis. It wouldn’t be much of a victory. Nothing about their life is enviable, and the money not only isn’t there to give back, but the debt would create a bond between us that the money is simply not worth.

No lawsuit. No police. I forgive this one too.

So, that takes care of the unsettling presence of growing bitterness I have been feeling lately. Forgiveness is an actual choice, and the one who forgives takes away so much more from it than the one being forgiven. There is no small print, outlining exceptions to His terms. The terms are simply, He forgave you, now you forgive each other.