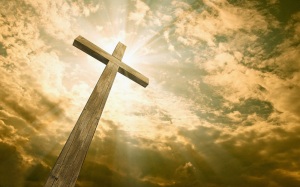 Let’s talk about sin; specifically, homosexuality. In my last post, Jesus Was A Homeless Guy, I mentioned, off-handedly I thought, that God uses even the unsaved classes of people the church is specifically harsh on, to teach me about myself, and about how far I am even now from being anything like my Lord.

This opened up in my comments a dialogue about homosexuality being an abomination to the Lord that outranks most of the other sins. This scripture was quoted:

1 Cor 5
9 I wrote to you in my letter not to associate with sexually immoral people— 10 not at all meaning the people of this world who are immoral, or the greedy and swindlers, or idolaters. In that case you would have to leave this world. 11 But now I am writing to you that you must not associate with anyone who claims to be a brother or sister[c] but is sexually immoral or greedy, an idolater or slanderer, a drunkard or swindler. Do not even eat with such people.

The above scripture can not be used to beat up NON-saved homosexual people. It doesn’t even mention homosexuality, for one.

It specifically states that we would have to leave this world to be able to avoid people who land in any of the above categories. Going a little further, I would like to point out that the word immoral is very broad, and it includes every sexual act that is outside of the marriage bed that defiles it — adultery, fornication, lewdness, lusting, homosexuality, effeminate men, pornography, rape, incest, molestation…the list is depressingly long.

Leave it to the human race to be able to spoil something as beautiful as physical marital love like sex in a million different, humiliating ways.

The writer is very clearly addressing sins in people who are professing their salvation and dedication to Jesus in the church. The first part of this chapter in Corinthians is the rebuke for having a “brother” among them who has done something sexually with his father’s wife, a sin even Gentiles (sinners) find unacceptable and particularly disgusting. He basically tells them that getting all puffed up about it, and yet not loving him enough to do the hard stuff he needs to experience, like ostacizing him,  for his unrepentant attitude, is not okay. I whole-heartedly agree. Nothing brings me to anger more quickly than having a fellow sister or brother Christian of mine do something so un-Christ-like and even worse, when they do it in front of the unsaved.

There is a big difference in sinning and still understanding that what you are doing is wrong, from sinning while trying to convince everyone around you that what you are doing is not a sin, but acceptable in the eyes of the Lord. If a gay person is truly saved, I imagine the Lord will begin to lead them out of all of their sins, like He does with the rest of us. There is very little specifically mentioned about homosexuality in the bible, and yet we elevate it to the level of a Salvation Deal-Breaker when so many other sins are mentioned hundreds of time…. Stealing, lying, slandering, gossiping, adultery…

Here’s a news flash. Every single one of us were guilty of breaking the whole Law, and that includes homosexuality and perversion, and it took Jesus hiding us in His blood to save us. His blood can easily wash away the sins of homosexuality, too. I imagine His dire will come down more vengefully on those who hurt His reputation.

I abhor most of our television evangelists. They literally make me nauseous to hear them speak.

I think my disgust is pretty evident in just how I feel about sisters and brothers who I’d bet my bottom dollar are going to be surprised to hear Him say, ” Be gone from Me; I never knew you”.

I would admonish all my fellow sisters and brothers to exercise this verse when it comes to anyone you may meet along the way in your life:

3 But go ye and learn what this meaneth, I desire mercy, and not sacrifice, for I came not to call the righteous, but sinners. Matthew 9:13

Always, always, error on the side of mercy. It’s okay to police ourselves, but be careful about letting that precarious judgmental position spill over into the harvest.