The Hard Right Instead of The Easy Left 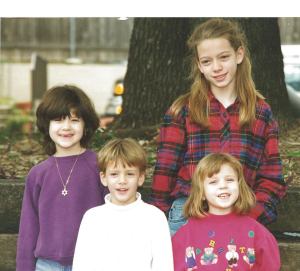 I find myself faced with a sickening dilemma this evening.

A few days ago, I wrote to my stepdaughter about her addiction, and about ensuring that her children were safe from the life that she has chosen for herself. Let’s call her Briana. At that time, she and Rebekkah had decided that her two children, a boy (5) and a girl (4), would come up here to Tulsa to stay for awhile. Briana had expressed concern that her grandparents were in very poor health and would be unable to care for them, and she admitted that her illness is out of control. I was impressed that she was doing something right for her children.

She and Rebekkah have always been close, and she agreed to give Bek temporary custody so we could get them in school here. Dj was lined up to care for them when we were working or at school. My office got them toys, including bicycles, clothes, and money and were planning play dates with their kids. Bekkie went down to Texas to visit my Dad, and the plan was B and the kids would bring her back up. However, unlike Rebekkah, I had my doubts any of this would carry through. I love Briana, but she’s a mess right now. She’s really, really sick. She’s every bit as bad as Chef was, and I learned that harsh lesson very well about the levels addicts will sink to, no matter what it does to those who love them. You can not trust a single thing they say or do, and you can be sure, they aren’t even considering your plight. Still, Rebekkah and I were praying for her and the kids. It was all we could do.

For days, Briana would say she was on her way with the kids to pick up Bekkie and head this way, only to not show up, and not answer her phone. Even worse, Rebekkah got into argument after argument with Briana’s grandmother, who has so many health problems, she can barely stand, over taking the kids out of state.

Despite the danger that Briana has put them all in with the people that she’s pissed off, Grandma couldn’t see passed what she wanted, to what was best for these little children. Her and husband raised two sons, and their granddaughter. These kids were denied nothing, and they are all drug addicts with police records and prison sentences now. One boy is still in prison, a proud member of the Arian brotherhood. Repeatedly both Briana and Rebekkah have tried to explain to Grandma that children need to have some hardships in childhood to build resilience and character. By having every toy they could want, fancy clothes, and multiple cars, these kids grew up with a tainted idea about what life was really going to be like. Besides yelling and some borderline verbal abuse, they never had consequences that made any impression on them.

When paychecks didn’t fall from the sky when they were suddenly grown up,  and cops arrested them for drugs, they were not equipped to deal with the shock of not being able to buy themselves out of the problems…with their parents money. When my marriage to their son fell apart, I have admit. I felt like it was somewhat their fault for teaching him how to depend on them, and never to be forced to deal with his own consequences. Our entire marriage, he was more like one of the kids than he was my husband. 25 years ago, I gave up and divorced him. He was a really nice man, but his addiction and his inability to be responsible were too much for me. Three toddlers was enough to make me nuts; I didn’t need a grown man acting like them as well. 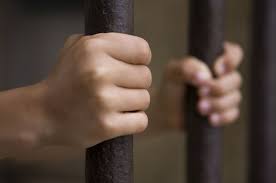 Now, after all this time, our daughters still remain firmly close, and I find myself once again dealing with a family with values the polar opposite from mine. This time, though, the proof is in the pudding. My little set of humans are far from perfect, but they truly know how to deal with life the messy, indifferent, and generally unfair way it really is. Even worse, after decades of carefully teaching all my kids, biological and stepchildren alike, that blood means next to nothing in our family, Grandma, usually pious and holy, turned mean, and started throwing Rebekkah’s lack of a blood connection to Briana and the children in her face. Her only accusation against me was that we raised our children in poverty. Oh please. Compared to how things are financially for me now, we were millionaires back then!! To me, the “you aren’t really one of us” bullshit is playing dirty and shows pretty clearly just how little she had to work with to discredit our ability to raise children. I couldn’t have cared less, but her words really hurt Rebekkah. I will note though, because I raised my kids to expect that life was going to hurt sometimes, Rebekkah didn’t immediately run out and score some dope to handle the rejection.

The boy starts school this year. Briana’s addiction keeps her gone for days at a time without anyone having a clue where she is or how to reach her. She is constantly shadowed by dealers and cops. She floats from place to place, and leaves the kids with “friends”. Until Rebekkah became involved, the grandparents were unable to care for the kids, and constantly tried to shame Briana into being a better mother and refusing to watch them for any length of time. Instead of becoming a better mother, Briana just started leaving them with friends and other relatives. What pisses me off is that was fine by Grandma until Rebekkah actually tried to become involved. Then, suddenly, she cared where they have been staying. What the hell with people??

Shame never, ever works, and the situation with Briana only got more desperate because of it. Grandfather is bedridden and Grandmother is only 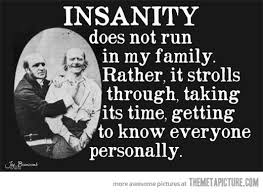 slightly more mobile, having had several surgeries in both of her legs and a million other diseases and inflictions. Now that she has gotten her way, and brokered a deal with Briana to keep them in Texas, who is going to be able to take these kids to school? Help with homework? Play with them? They don’t believe in discipline obviously. How are they going to keep these little wild things safe, interested in life, and curious about this world they are new to? Parking children in front of television in a house that all natural light has been blocked out of would feel a bit like hell on earth to me when I was five. I can’t imagine what I would do with that kind of boredom.

I truly hate that I am now involved. I do love Briana, but unlike her grandparents, I’m okay with her learning things the hard way. I hate to be the one who is causing her more problems. But, I will do it, and she knows I will. Those are the lessons we remember…the ones that hurt. But these children are not safe..physically, emotionally, or spiritually. I feel like I am obligated to report this to Texas Child Protective Services.

I discussed this with my son. Getting agencies involved in people’s personal crap is nauseating to me, but if something should happen to them and I had just turned my back on the whole mess because my sick kid couldn’t pull her crap together in a timely manner, I think the guilt would be overwhelming. They have no one “blood-related” to them focused on their safety and stability except my son Dj and daughter Caitlyn. Since I have some of their “blood” in the house, I feel like it isn’t totally a horrible thing I have to do.

I have to make the call. Ugh. This is just going to really suck.

Please say a prayer for the kids, and for Briana. This is about to get so much harder for her, and she is just so ill-prepared for how awful this can be. You can pray for the grandparents too, if you want, but frankly, right now, I’m extremely disgusted with them..AGAIN.

My heart really hurts for Briana and her kids; but I have to pick up where she has dropped off when it comes to what is best for these little kids.

7 responses to “The Hard Right Instead of The Easy Left”