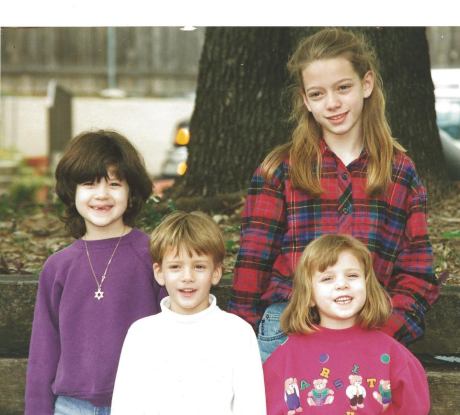 I walked in to my home this evening just in time to hear the ending of a very heated argument Rebekkah was having on the phone. Even more troubling was to find out, my other daughter Caitlyn was on the other end. It is hard to watch two sisters who were once so close drift so far away from each other. I knew it would happen, especially because my daughters are polar opposites of each other.

My eldest daughter is going to be 26 years old in a few short months, and she is a freshman in college. It took her a long time to find something that she was interested in enough to risk being in such high debt for. As it would turn out, it was wave particle duality, which she stumbled across when she was studying herd behaviors. Bekkie has always had issues with commitment. She would literally make herself sick just picking out something to eat for the evening. She had a crush on a boy for years, but her fear of commitment kept her from ever letting him know. Some things that most of us take for granted, like understanding the nuances of social behaviors or being impulsive sometimes, are really difficult for her to grasp. It has taken her a long time to understand that not all people make a bit of sense, if measured in logic and reason.

My youngest daughter is completely opposite of her sister Rebekkah. Caitlyn is socially gifted. From a very young age, she had a self-confidence that was impressive. Especially since it was coming from a kid who was still pooping herself. I don’t believe it ever occurred to Caitie that she would not be able to achieve anything she wanted to do. Where Rebekkah was struggling with teachers who either were excited to teach her, or ones who saw her as a threat, Caitlyn was having her first crushes, joining social clubs, and exploring different paths open to her because of her talents in different areas. Hands down, she has the funniest sense of humor of all of us, and that is saying something because we are all pretty hilarious. She marched quickly into her future, first with the military and then with her marriage.

I think my girls are fantastic, and not just because they are mine. I think between the two of them, I’ve put some pretty interesting, intelligent leaders on this earth, with differing strengths and weaknesses. At some point, I know they will stop seeing each other as the big sister and the little sister, and instead, see how awesome their mother’s genetics were that I could make the two of them and still have some left over to make the world’s greatest son. Right?!

All kidding aside, I think it took me about a decade to stop feeling jealous whenever my brothers or sisters did something truly awesome. Incidentally, most of them have excelled dramatically in different aspects of their lives that I would never be able to compete with. Paralympics, authoring books, pastoring successful churches, battling cancer… I come from a family with many talents, and to not be happy for each of their successes would show just how small a person I am. I have no idea why siblings would do this, logically, but socially, it is pretty common. The key is to catch yourself doing it, and pull that nasty weed out of your garden. Don’t be small

So, to my beautiful daughters, I would like to say this:

You can’t compare the sun and the moon. Caitlyn, you have been the sun in every sky of my life. You danced through it quickly…too quickly, and then, like that, you were gone. You are the sun, in that there is a quality about you that can’t be touched by us mortals, for surely we will be burned by your radiance. You slept through the night from the minute you were born, unafraid that you would be forgotten. You were laid back, clever, and you were loyal to those you loved. You were a ton of fun to raise, gave me the least gray hairs, and I never worry you won’t be okay. You’re tough, smart, driven, and focused. You have always been a winner. It’s wonderful to be the Sun!

Rebekkah, the moon is the night’s jewel, and unlike the sun, people look right at it. It rises and falls,

displaying various lunar stages, sometimes looking straight on, other times, its face partially hidden in the dark shadows. The earth is impacted in countless ways because of that silent gaze. Tides dance to it’s tune, mothers begin their labor, winds rise up or die down, and even billions of people’s emotions can be swayed by the moon’s stage. People fall in love, always looking toward the moon for reassurance they are loved in return. The moon is dependable yet mysterious; it labors through the atmosphere alone, quiet, watching, learning. The moon has an aura of wisdom born from witnessing every single thing ever done since the beginning of time. It is amazing to be like the Moon!

The grass is always greener, and we always think we would be happier if…. The truth is, we never are. You both are unique in a way that makes me so impressed with a God who could show me so much through humans who started out peeing themselves. You all are impressive teachers.

For my logical girl, not everyone understands their own hearts, why they say what they say, or do what they do. For some people, the mystery of themselves will be uncovered little by little, step by step, and could take their entire lifetime. Never judge harshly those who can’t see some things as clearly as you can. You’ve been blessed with a different perspective, and because of its rarity, you will often find yourself mis-understood, dismissed, misjudged, or plainly disliked. The logic in this though, is that you hold up a mirror in the faces of most people who meet you, and the anger that is often lodged at you, is anger that is misdirected. People who judge will feel judged. People who dislike feel disliked. You have a purity that most of us are missing. It is a gift that is going to hurt you, but it is a tool God chose to give you. I only ask you temper it with mercy…a mercy that defies all logic.

For my hot-headed ray of sunshine, I have always seen who you are, always. I think you worry that 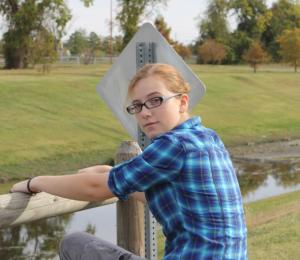 because Dad and I are apart now, somehow your place in the family has been compromised. You were, after all, a Daddy’s girl. Even worse, you were stationed thousands of miles away while the rest of your family was dealing with the death of a family. Caitie, you didn’t desert us. You joined the military a year before any of this happened. You aren’t less special to me because you weren’t here to watch me cry, or see me act like a co-dependent twit. If anything, it is nice to have been spared being a complete wreck in front of EVERY kid I have. You still fit neatly and snugly in this family, and only God can dislodge you. You aren’t competing with Rebekkah or DJ, because none of you are even playing the same sport. Just master yourself and your life, and that is where your peace will be found. Don’t ever give that mean streak too much slack, and remember, no matter how awful they are, we can never take back the mean things we’ve said. Think twice, speak once.

I love you guys. Welcome to being adults where we play for keeps and mommy’s and daddy’s can’t fix things like broken hearts and hurt feelings anymore. Play responsibly.

8 responses to “Everything Changes”