For You Are With Me 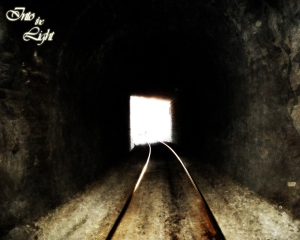 I was trying to read through the millions of blogs I follow, when I came upon one that is written by a husband who was left by his wife three weeks ago.

I remember that pain. Empty bed. Silent phones. Waves and waves of tears. And Time..cruel, ripping Time. I do not know how people are able to go through that more than once. It is horrible.

But the similarities in his reactions isn’t what caught my notice. I have found literally hundreds of sites of women going through the same agonizing pain I did. Men don’t usually write with as much clarity about the harsh feelings of pain, vulnerability, and hopelessness when they are cheated on. I imagine society’s rules deciding what a real man can and cannot do must be the reason, for I can’t believe men are not able to experience loss on the same levels we women do.  It was interesting to read the words of a man who could vocalize the depth of the pain, to describe with aching honesty how it feels for love to begin its slow death.

I found myself wishing Chef had written something like that. For over a year, I hoped and prayed and begged for him to show me something I could hold on to. Something that would prove that this had all been a bunch of big mistakes. He would not give me even a crumb. His pride would not allow himself to make himself vulnerable to the one he had intentionally set about to rip apart. He expected all his same horrible behaviors to be visited upon him by my hand, never accepting that maybe revenge would not be as appealing to me as he had often found it to be for himself. To this day, he is quick to accuse me of every single behavior he himself was guilty of. It does not matter to him at all that he forfeited the right to call me out on anything I should do now that I’m single again. I find him constantly and uselessly trying to even the ground between us by pointing out imaginary wrongs I have done to him. It stopped being frustrating a long time ago. Now, it is just sad.

Time has given me enough distance to look back at the experience and wonder how it must feel to know in your deepest heart of hearts, you have no one to blame for any of it but yourself? If anything, Chef’s life teaches me a lot about my own relationship with God. My life is a testimony to how much He loves me, forgives me, and guides me. Yet, often, I find so much of the things I truly value in my life lying in ruins around me, destroyed by my own selfishness, anger, or impatience.

I hope Jesus can reach that miserable human hiding so deep in the dungeons of his rank pride, coated in the slime of shame and humiliation. I want Chef to be able to look around and see no one is throwing the first stone. He is naked before His master, and Him alone.

At some point or another, all of us have chosen to completely disregard what we know is right, and seized with all fervor, that which was wrong, be it an affair, drugs, porn or other more acceptable sorts of sins. The self-righteous pat on oneself back as you watch someone’s sins become manifest for us all to see. The vile curse word here; the envy that you feel there. The perverted television series, or the flirting Facebook chat. The bird you saluted a car with this morning. Our world had gone to hell in a handbasket, and almost nothing in this life hasn’t been tainted with those flames. The only people fool enough to believe they have a right to judge anyone else are the blindest of us all.

That is the fate of all mankind. What is beautiful to God though, is the knowledge we made a mistake; the humbling of our pride in the face of His mercy; the appreciation for His sacrifice; the understanding of the immeasurable value of His grace; the beginning shadow of understanding how much His love is not something we can manipulate, force, or drive away. He is God; He cannot be manipulated.

I may be going through some hard things right now, but I am blessed beyond measure by the grace of my God, by His mercy, and by His steadfast love for me despite how much I can never deserve it. I am rich.

Everything Else
Bible, Chef, Christianity, Christianity in General, divorce, Emotional Issues, forgiveness, Healing, Hope, infidelity, life, marriage, midlife crisis, peace, Relationships
← How Long Is This Damn Valley of The Shadow!!!
→ Come Geek Out With Me!

16 responses to “For You Are With Me”