Note: I spent more time trying to find a cute, funny, or simply inspiring picture to go with this heartfelt tribute to my friend and boss, Kim, than I did writing the thing. I couldn’t find one that didn’t make me look like I had a lesbian crush on her. So, guess what! You guys get a cute kitten picture that doesn’t match the post at all.

Yesterday, I got laid off from my job.

When I look back over the last couple of years, I can clearly see God’s handiwork in my life. I was an 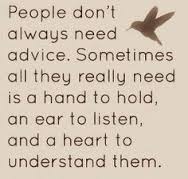 emotional wreck losing my husband, most of my friends, my home, and almost all of my things. I would never have been able to hold down a normal 8 – 5  job and all that it entailed. In one broad stroke, God gave me two very crucial things. A job that allowed me to grieve away from watchful eyes, and a boss who was a friend first, and who was someone I would have no issues working for.

Years ago, I was hired as a human resources/payroll administrator for an engineering company here in Tulsa. At the time, I was not looking for a job at all. Chef was making a good living, and we were fine with me staying home. A woman who owns a temp agency called me out of the blue one day, asking if I’d be interested in interviewing for a position she felt I would be perfect for. I’d worked through her company before, and I knew she was excellent at matching up the right people with the right jobs. I agreed to go to the interview, and that is when I met Kim. 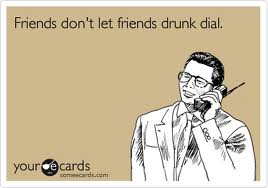 Kim is the only person that I know who achieved a high position of authority in a company and yet displayed absolutely no hint of being corrupted by her power, title, or money. Frankly, I watched her for awhile, waiting for her “real” character to reveal itself. Turns out, her real character was what I had been seeing all along. She had no problems pointing out any mistakes I made, but she did so in a different way than most supervisors. She didn’t use mistakes to humiliate her employees; only to help them to improve. She asked her subordinates their opinions, and then actually listened to them. Even when she chose to do something a different way, we never felt like she had just pacified us. If she made a mistake, which almost never happened, she didn’t bristle when it was pointed out. She was an enigma, proving that there is an exception to every rule. Power never corrupted this woman….not even a tiny, little bit. Because of her, I found my perfectionist self actually striving even harder to make her look good. I would have probably stayed happily in her employment the rest of my life.

The company ended up relocating, and Kim and her department, including me, were laid off. A core 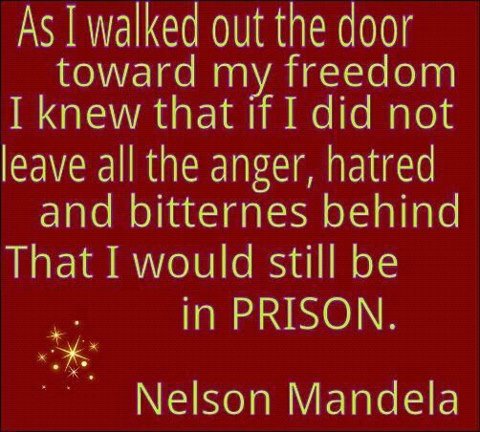 group of us remained in contact in varying degrees. Where I usually didn’t develop personal relationships at work, I found myself in several from that job. To this day, I still have many of them as good friends. I believe Kim is to thank for that too. She had meticulously put together a department of primarily good employees with confident personalities, yet who were able to work effectively together as a team. That is hard to do, but Kim made it look effortless.

When Kim saw the turn my life took, she made a place for me in the company she had been working for. As some of you know, I was an emotional wreck. I had lost a lot of weight; I seemed unable to talk about anything other than Chef and what he had done; I was using alcohol and ambien to just make it through the night. I couldn’t stand being around myself; I have no idea how she stood it.

But she did. She insisted I eat, and started taking me to lunch the days I worked with her. She listened to me go over and over the same things. She dragged me out on days I wanted to just stay in bed and wait to die. She consoled me, but only in a manner I would be able to accept, which can be complicated. Like Simon, she seemed to know just how to make me feel a little better without making me feel pathetic and weak.

I’ve come a long way since that sad, frightened wife. I’ve gained some insight into myself, other people

around me, and have inventoried the lessons I have learned. I’ve launched a writing career which has paid me almost 19 cents for my Yahoo article, and a slightly larger amount monthly from the magazine I work for now. Along with the advertising sold on this blog, I am on my way. 🙂 One tiny step at a time.

Most importantly, I have gained back some of the self-respect I lost during my husband’s affair.

Losing my job with this small start-up is somewhat frightening given my new, larger set of bills, but I am at my best when I have no choice. I have two interviews lined up already, both that pay over double what I had been making at this little company. I sincerely wish the best for the company I’m leaving behind, and I’m excited to face the future, especially if it has benefits in it!

I am only sad I won’t be working for Kim anymore. She’s the only boss I have truly trusted without reservation, admired, and respected. She remains the most valuable asset that company has, and I hope they can see that like I do. Also, she’s the only boss I have ever killed a snake with, too. What are the chances that opportunity will arise for me again?

I’m just happy she is also my friend, and I have no intention of letting her fade softly away from my life. I’ve developed superior stalking skills thanks to Chef’s affair, and I’m not afraid to use them.

I love you, Kim. Thank you for everything you’ve done for me. I will never be able to repay you. It’s been an honor to work with you twice now, and I hope to do so again one day.

8 thoughts on “Knowing What Is Really Valuable”