All That The Light Touches….

As you all know, we’ve been living with my Aunt Debbie. Of all my relatives, Debbie is the most laid back, sweetest person of the bunch. She was a computer 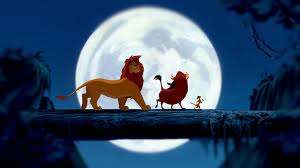 programmer for her entire adult life, and has since retired. Occasionally, she takes a side job here and there, but for the most part, she leads a quiet, gentle life.

And then we arrived.

First up, Ella. Rebekkah rescued a puppy from her doorstep in Tulsa. In all of our minds, Ella was a present straight from God. She’s smart, short-haired, potty-trained, and full of energy. The only drawback to Ella is that she is rather high-strung. She gets extremely focused, and it is hard to break her attention long enough to get her to follow commands. For the most part, she’s really well behaved, until we introduced Beauregard Jangles into the mix.

Next up, a tiny month old kitten named Beauregard “Bo” Jangles is rescued from an engine. To say that Ella was mesmerized by Bo the minute she saw him is a giant understatement. The second she saw that fluff of white hair with a face, she couldn’t wait to put him in her mouth. She plays rather rough, being a puppy herself, and Bo seemed content to have his whole body drenched in dog saliva. I worried the first couple of weeks about Bo’s safety, but finally just gave up. I couldn’t keep either of them from playing with each other. I’ve seen Ella wearing him like a dangling earring, and I’ve seen Ella crying as Bo tried to ride her like a giant horse. All in all, they amuse each other to no end.

The problem is that Ella and Bo are residing in a home kept fastidiously neat and clean. The furniture is all leather — the real kind, not the fake — and they show no hesitation before clawing up the side of a chair, or jumping up on a couch. Rebekkah does her best to staunch the flow that is Ella, and I spend a lot of time corralling a gangly teenager Bo, but the constant alertness is wearing thin for all of us. Besides, they crave the presence of each other like thirsty travelers in the Sahara desert, and any effort to keep them separated and calm is met with a concrete resistance. Little paws reach blindly under doors, and Ella will scratch and bite at the door knob until her little friend is allowed out again.

Aunt Debbie says nothing, but the pained look on her face speaks volumes. I’m always careful to bring out such topics into the open so no resentments can build up in the dark. But talk is only so beneficial. Eventually, changes have got to be made. Yesterday, as I’m watching these animals gallop full speed around ceramic vases and leap in Olympic form over a dining room table, I had to decide to put my foot down and put them both outside, unsupervised. If Debbie had seen that, her heart would have ground to a complete stop. Thank God I wake up earlier than everyone else.

Bo and Ella were unceremoniously escorted into the back yard. I had a job interview to get ready for, and I just couldn’t babysit a dog and cat. Two hours later, they were happily playing together. Occasionally, Ella would scratch at the back door and look longingly at the couch where Rebekkah was sleeping, but Bo would easily command her attention again, and the race was back on.

Feeling relieved that the experiment had bought us a few hours without heart-stopping near accidents, I let Bo play outside off and on all day. He stayed in the back yard, playing hide-and-seek among Debbie’s potted trees on the back porch.

Clouds started piling up in the sky last night, and then some lightening started to flash. I went outside to collect my wayward cat, and lo and behold! he was on the top branches of a large tree. My butt puckered. There was no way I could get to him, and he looked so tiny and fragile up there.

Ella, Debbie, Bekkie, and I had no choice but to come back inside, leaving Bo to his tree. Every few minutes or so, I would go into the yard and try to coax my adventurer down out of the tree. He would turn a blind’s eye to me. He had the look of Simba…all that the light touched was his kingdom.

Standing at the back door, I was quelling the panic that wanted to rise up through my stomach when a large, bright lightening strike struck rather close. Bo no longer wanted to play in the tree, and I’ve never seen a cat climb down from such a high altitude in all my life.

To hell with his kingdom…..

4 responses to “All That The Light Touches….”