Each day has been bringing to my attention, new, tiny victories over the anguish of  losing my marriage, and today I actually had to laugh at this latest one. 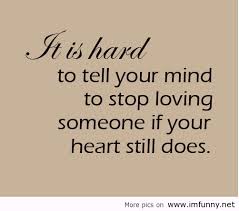 I know you’ll all find this just mind-reeling, but I’ve always written to Chef when I felt it was super important that he hear what I was saying. We have always had a battle of 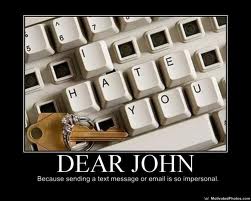 the wills when it has come to our own point of views, and any emotionally charged conversations tend to get lost down side-roads of nonsense. A letter, I had found out early on, helped us stay on track for the most part. Plus, it usually gave me the needed amount of time to truly think before I spoke. And poor Chef, who doesn’t enjoy reading, and who is completely convinced that print is dead, has read his fair share of words over the last couple of decades. I can say without exaggeration, I’ve written him at least one set of encyclopedia’s worth of letters. And about half of those were just this last year alone. But, as people are prone to do when they’ve just messed up in a really big way, he completely refused to read any of them. Finally, the urge in my soul to reach him died down to embers of what they once were, and I saved the heart-wrenching prose for the super, really big stuff. It’s been months since I’ve written him anything more than a text message, and today, another “big” event landed, and I knew it should be addressed.

The problem though, was I had almost nothing to say. I’ve written about every part of this soul-crushing experience many times now, and frankly, I just don’t know if I have another one in me.

I found myself this morning, looking at a blank screen, trying to coax something intelligent, emotionally moving, and balanced with love and care, yet equally stern, out of my rather oddly relaxed, seemingly unaffected  brain. Not a thing stirred in there, and finally, exasperated, I decided to give old Google a try. Going by the search terms I read on this site alone, I’m thinking Google knows all, and might even be more awesome than the Wizard of Oz.

So, I typed in, ” Template for a letter written to a cheating ex husband who won’t pull his head out of his a**.” And here are the glorious results!!!!!

As God as my witness, I’ll never be silenced again!!

I’d like it noted for the record, that website amount up there is well over  29 million. 29 million cyber-places all connected by the pain, agony, guilt, and other numerous side effects of the broken bonds of love. Sad in a way, but also one of those accidental reassurances that you aren’t alone in the pathetic weakness that accompanies that mind-twisting pain.

So, for those people out there that might have reached the end of that well of words, know this: there is literally a website for just about anything in the world you might need. And I’m going to venture out on a limb and say, by the time you have to google for a template to kick-start a heartfelt, meaningful dialogue with the one who broke your heart, you can rest assured there’s some healing that’s been happening while you weren’t looking.  🙂 Win/Win.

Everything Else
aviation, Co-Dependence, Emotional Issues, Mental Health Posts, opinion, Pain, PTSD/Hypervigilance, Separation, transportation, videogames
← All Talking Donkeys Aren’t Messengers From God
→ You Can Take the Girl Out of the Ghetto…..

5 responses to “Looking For A Dear John Template? Try Google!”