According to my journals, Chef’s official Midlife Crisis started on 10/16/2011. Well, actually, that is just when I became aware of it. From one minute to the next, I never

knew what to expect from this person that I’d practically shared my entire adult life with. He’d be normal, and then quickly cold, withdrawn, reserved. I’d try to talk to him, and would be quickly silenced. I’d do things for him, and yet he’d hardly seem to notice, much less care. Where once we were inseparable, I’d find myself alone a lot, always sad or disappointed, or scared. When I found out why the personality had changed so quickly, I was foolishly not as concerned as I probably should have been. My entire family has grappled with addictions, me included, and while Chef & I had seemed to escape this lifestyle for decades, the naive part of me thought this would be temporary, and quickly addressed and fixed. Hmm. Seems I was wrong.

It’s been a whole year and a half since this ugly period of my life first raised its ugly head, and I’m sitting here in the tiny apartment that I love, marveling at how slowly time seemed to crawl by back then, and how quickly it had sped up to get me here.

As I mentioned before, T left Chef. Chef had been basically playing both ends towards the middle. He was constantly calling me/coming over, always full of promises of fixing things with me. He would go on long rants about how I was the mother of his children, his soul-mate, his best friend, and most importantly, his wife. On the other side, he was telling T that he’d been looking for love in all the wrong places, that he’d stayed with me for the children, that she was his best friend, his soul mate, and someday, would be his wife. I’m a girl. I can see how T would fall into this. Chef is convincing, especially if you don’t know him very well. But, as his problem with drugs increased, and his behavior became more and more erratic, she finally had to concede that I was indeed right — Chef wasn’t being truthful. Unlike me, T would dig for the truth quietly, unobtrusively, and frankly, she showed an amount of self-discipline that is kind of impressive to me. The first time I found a Love-Text from her on Chef’s phone at 5:30am one morning, a few months before I left, I woke Chef up by beating him in the head with his phone. 🙂 See? I didn’t decide to keep it to myself for awhile, to gather more evidence, and to confront him when there were no ways to wiggle out of it. I went for the jugular immediately. 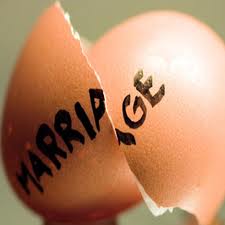 I dealt with a ton of emotions all along the way, and I’m still a bit unsteady some times. For the most part, I’m kind of over all of this. After T left him, and we confronted him together with our Notes of Comparison, I was able to accept that it was over. I watched this exhausted, stressed, frantic man try to baffle us both with b***s***, and a part of me felt relieved. Even completely healthy, this guy has been no picnic. I always felt, and still do, that back then, he was worth it. But, as I wrote about in Old Roy Dog Food, this disease had taken so much away from him, there just wasn’t enough bang for my buck, if you know what I mean. As each promise was broken, and each lie surfaced, a little bit of what I had always really loved about this human being would wither and die. And one day, the bad outweighed the good, and I was less likely to be broadsided with sadness at how all this had turned out. Instead, I had times I actually felt a little guilty. Because of his lack of addressing some health problems, he is sicker than he should be at this stage of the game. He already is needing some help physically, and I’m pretty sure, it is going to go downhill from here. I hope for the best, but I can’t say that I’m all that optimistic. What a stubborn man!! I can see God‘s hand in all of this, trying to get this man to look up, and even when he’s been told this by so many people in his life, he stubbornly refuses. And that is his right as a human being.

I wrote that we were supposed to start marriage counseling next week. Let me clarify, as I got some panicked comments. I have probably no faith whatsoever that our marriage has a snowball’s chance in hell of ever being resurrected from the dead. I am not simple or stupid. Nor am I a glutton for punishment, and I truly get nauseated at the thought of having to make myself somehow trust someone who pretty much callously tossed the trust it took me years to develop for him, aside like so much trash. I wanted to believe that our relationship had been real all these 20+ years, and in a way, I have that. Sober, he was a decent husband. Flawed, but then who isn’t? I can be a nightmare myself with my trust issues, hyper-vigilance, insomnia, and bouts of depression. He didn’t marry Mary Tyler Moore. But we worked hard, made a good life for ourselves and our children, and we all laughed a lot. The drug changed everything, as it will do, but it didn’t render my life before worthless. If anything, it put the past on a pedestal, and that is what almost crushed me. Remembering and longing for, and weeping over, the beautiful, beautiful past. Only the past had it’s own issues, and in the light of day, it didn’t have that angelic gleam. Our marriage had survived for so long because we were both willing to work really hard to keep it going. But when Chef bowed out, and I had finally quit trying to carry  it along on my own back, it died. And just because I wouldn’t let go, or he wouldn’t go away, it wasn’t any less dead. I think God knew that, and He was very patient with me as I came to understand that if He, Almighty Author of the Universe, Creator of Mankind,  won’t fiddle with man’s free will, I’m certainly not going to be able to either. It blows. But God isn’t a liar, and these are the rules. Love isn’t love if you don’t have a choice to not love. I didn’t want Chef to come back to me out of necessity. I wanted him to miss me, and to come back because he realized he loved me. That just never did happen.

Everything this last year and a half spun in the gravity of Chef’s choices, and while we are each dealing with our wounds — Chef, T, me, the kids, friends, etc. …. There really is no way to un-ring the bell. I won’t venture to say what Chef has learned about me through all of this. I’ve been one pissed off, angry, somewhat vengeful, hurt wife. But I know something about him now. I know what he is capable of saying about me, behind my back to people I consider my friends. I know what he is capable of doing to me when he is crossed. I know how cold those eyes can be when they watch me cry. I know how easily lies form in his heart, and how quickly they become truth to his mind.

I just know too much, and while I sometimes like to see him when he’s sobered up, and he’s singing as he’s working on his wood projects, or see the occasional 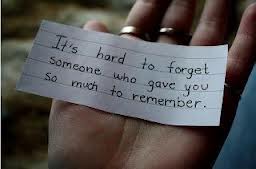 mischievousness that lights up his pretty brown eyes as he tells me a story he remembers from years ago, and hear him laugh at something I’ve said, there is a wall around my heart that doesn’t let him too near me. He had the keys to that heart, and he threw them away. They aren’t so easily given again, especially to the person who didn’t treasure them in the first place. He was my very favorite human on the earth. Now, he is too dangerous to my own self-image, my self-worth, and my self-esteem to be trusted. He’s been ousted, and no matter how much counseling I have with him, I don’t see myself trusting him again, ever. He hurt me. I don’t want to be hurt by him again.

I see Chef as very, very sick right now. On a spiritual level, he wouldn’t fall on the Rock and break, and so the Rock is crushing him. It’s horrible to watch, and painful to feel that bond between us severed. But the kind of person I’ve always been is not going to let this person die unloved, unwanted, and completely utterly alone. I can’t imagine how horrible and hopeless that must feel, nor do I ever want to. Until Chef’s dying breath, he’ll at least know he has one person who gives a rat’s butt whether he is alive or dead, and that person will be me. I most likely will not be his wife…but I will be his friend, even if he hasn’t been a very good friend back. And that’s okay.

The counseling sessions may or may not happen. Chef begged for an opportunity to have a mediator referee an honest, open dialogue between us. We don’t get very deep into anything constructive before one or both of us draws blood on the other. I’m hurt by him “falling in love” with someone else. He’s ….who knows? Angry. Pissed. Humiliated. Selfish. I’m really only guessing. My instincts believe that he takes out how he feels about himself on me, but I have no real proof of this. Either way, I have enough to address that I’m responsible for. I can’t shoulder his, too.  But I desire with all of my heart to communicate to him just how much this has cost me, how much I really loved our lives together before the drugs, and how thankful I am that I had so long with him before this all came crashing down. And I want to hear what was going through his mind that made me suddenly undesirable as his partner. I’m afraid to hear it, but I just need to know. And I think counseling would help us there. It would be some kind of closure for me.

So, that all being said, no, I’m not high on pot! I’m not flip-flopping around. I’m content that things are the way they are for a reason, and I hope God kicks satan right in the teeth with Chef, with me, and with T. In the meantime, I’ll just keep taking each day as it comes. Thank you for your concern, though. I really do appreciate it!

13 responses to “Goodbye, My Favorite Human.”