I don’t have time today to write one of my epic, wordy posts. I’ve been working on one, but alas! It isn’t ready, and I don’t want to post anything from the hip. I tend to think I jinx things when I write about them, and things seem to be going really well. I’m making no sudden movements. I don’t want Fate noticing me right now!!

I plan to finish up the other post this evening, but I thought I’d answer a few of the emails/comments/texts I received this last week. 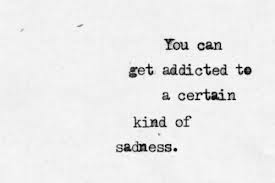 She doesn’t blame me, but knows I was the problem.

Chef blames me, but is glad I was the problem.

I remain unconvinced anyone knows anything anymore.

Chef & I are going to go to marriage counseling, starting next week.

It was Chef’s idea, but I figure what can it hurt?

I have a sneaking suspicion it might just be too late for me to ever go back to this marriage.

Ok. I think that’s about it for now. I don’t want to tip my hand just yet! Talk to you guys tonight!!

15 responses to “Quick Word from Bird”