How I Make It Rain In Tulsa

I have a lot of things in my life to praise God for. I have my precious children. I have my absolute best friend in the world, Audra. I have my brother Ernie and his girlfriend, 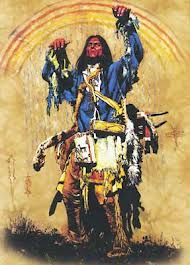 Diane.  I have those wives that keep checking up on me…I love all of you!!  I have a large network of people praying for me and encouraging me through this disaster area I call a life right now, both on-line and in person. I can only wallow in self-pity so long because in comparison with other people going through similar circumstances, I’m very, very fortunate.

I don’t know what men go through that triggers this weird need to destroy everything they’ve worked for in order to start all over again. I’m not sure I even want to anymore. But, as the jilted wife, I can tell you, this blows. Last night, I thought I was coming out of my skin. I knew he was being unfaithful all along, but to have tangible proof in hand is a hard pill to swallow. And poor Rebekkah…seriously, what were the odds we’d end up at THAT bar?? The poor girl felt horrible.

I think I needed to see that letter. It was painful, but now I can move on. He obviously has.

This morning, I’m peaceful and calm. It is simply over. I feel like David when he was praying that his and Bathsheba‘s son wouldn’t die. He dressed in sackcloth, and weeped, begging God to save his child. But when the child died, he got up, cleaned himself off, and broke his fast. It freaked everyone around him out, but I get it. The marriage is just over, over, over. Why weep and cry for it now?

I’d apologize for my little freak-out post, but I don’t think I need to. Sometimes, honesty is just so uncomfortable. If just one husband ever reads what this does to his wife, the pain that is seared right into our souls, and decides not to act on his own fleshly desires, it’ll be worth it. Same goes for wives. We shouldn’t be hurting one another.

I called Audra last night, and while we talked, I finally gave up the last vestige of hope. I’ve been grieving a person who simply doesn’t exist anymore. The things that Chef has said and done over the last year are just the opposite of what my husband would ever have done. The fact that he gets some joy out of hurting me is enough for me to walk away. Hurting people is never in God’s plan for us. We are supposed to treat each other as we would want to be treated. No one wants to be cheated on, lied to, or left behind.

He has set down a path that I don’t want to be on anyways. I may be dealing with hard emotions right now, but I can look myself in the eye in the mirror. My conscience isn’t clouded by adultery, lying, or secrets. I have given in to fear and anger a few times, and I’ve apologized to the Lord for those things. But, something in my spirit knows that the Lord knew how much this hurt me, and I feel His mercy every time I turn around. He is probably sadder about all of this than I am, if that is possible!

If satan could have planned this all better, I just don’t know how. That the girl is a proclaiming Christian is just a smack in my face. The bigger slap is that I gave this girl money last year to pay her rent. I have this thank you note written in the exact same handwriting that this love letter to my husband is written in, and it makes me feel grieved that she somehow thinks God will bless what she and my husband are trying to build. But, as angry and hurt as this makes me feel, I’m choosing to forgive both of them. I don’t want to walk in their shoes. My husband destroyed our marriage, and who he did it with is irrelevant. So, even though I don’t feel it at all, I’m choosing to forgive both of them.

On another note: All you Tulsans, I would like to point out that each time I’ve thrown my husband out, we have gotten rain in Tulsa. In fact, only those particular days have we gotten one drop of rain!!  Last night, I threw the man out of my heart, and we got a nice little thunderstorm. Weird coincidence? I think not.

35 responses to “How I Make It Rain In Tulsa”